Here's a compilation of three articles/videos I did for MakeMusic on jazz composition/arranging tips for Finale and the two-part article, "Natural Harmonization," I wrote for JazzEd Online.

If you haven't seen/read it hope you enjoy it.

Celebration of the Butterflies

November 25th, 1960, was a dark day for the Dominican Republic and women in general. It was the day the Mirabal sisters were murdered by the dictator Rafael Leonidas Trujillo and his regime. Because of that tragic day, today we commemorate the International Day for the Elimination of Violence Against Women.
The Mirabal sisters were known as the "Butterflies" and I composed a piece to celebrate their lives and everything they stood for. This piece, "Celebration of the Butterflies," is part of my album Back Home.
I post this piece today to celebrate the legacy of the "Butterflies" and as my support to end violence against women. 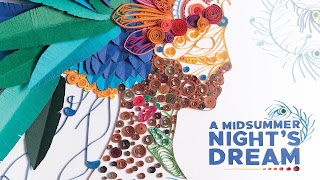 Great cast and crew, both professionals and students!! Guest artists Andrea Runge and Henry Haggard are amazing! And, so are the students, Clara McGowan, Jill Engstrom, Austin McMains, Frankie Curry-Edwards, and everyone on and off stage.
It's going to be a blast!

Our modern take on this classic will transport audiences to the enchanted rain forest - where fairies live in trees and lines are blurred between fairies, musicians and a noble lord and lady, as we follow the interwoven storylines of four young lovers, a troupe of madcap auto mechanics turned actors and the fairies, who toy with all their fates. Our cast will features a talented mix of comedians, actors, improvisers, dancers, aerialists and musicians, making for a unique rendition of one of Shakespeare’s most captivating comedies. This production reinvents the Bard’s classic in an interactive, accessible and light way. It will appeal to the most avid Shakespeare fan, as well as to those experiencing a live play for the first time. We look forward to seeing you in the forest!"

I hope everything is going well for you. With all the bad things happening around the world I find that we need arts and music a lot more these days.
That said...I'll try to play my part.

SGLJO AT JEN 2018
The SGLJO is playing a concert at the Jazz Education Network Conference 2018, in Dallas, TX. Always exciting and fun to conduct my music with this incredible group of musicians. I have a new piece that will be premiered at this concert. The band for this concert is:

CONCERT AT VANDERBILT UNIVERSITY
After this concert, I'm conducting a concert with the Blair Big Band and giving a clinic at Vanderbilt University in Nashville, TN. Thanks Dr. Ryan Middagh for having me there. We are also playing a new piece, commissioned for this occasion. More details to come.

ARTICLE ON HARMONIZING MELODIES
Part one of my article "Natural Harmonization" came out this month on Jazz Education Network online: https://jazzednet.org/resources/natural-harmonization-part/
This article offers the basics of one of the ways I use to harmonize definitive/functional melodies. This is a process I adapted from what I learned from the great Dick Grove (www.dickgrove.com)

Part two, coming in a few days, will apply these concepts to an actual melody.

I hope this series of articles will help you develop your own process to harmonizing melodies and creating more music.
Thanks to Steve Nigohosian for the opportunity to share this process.

Please feel free to contact me if you have any question,

It was great to perform two concerts in Colorado this week! The first one at the MOXI Theater in Greeley, Colorado; the second at the prestigious Dazzle Jazz Club in Denver. 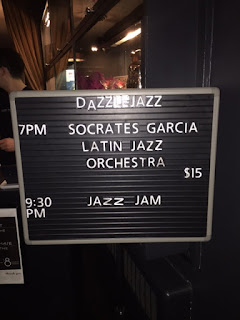 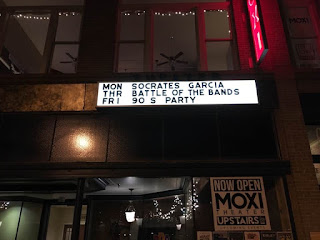 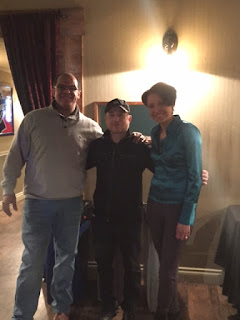 MOXI with the Boss and Brad

It is always a blast to share the stage with so many talented musicians. Thanks to each one of you for making it possible. It is always humbling and exciting to hear these guys and girls performing my music. 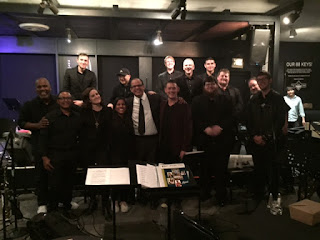 After the Dazzle show

Helen, Pablito, and Daniel killed it on the percussion. They also did a great clinic on Dominican percussion at UNC. 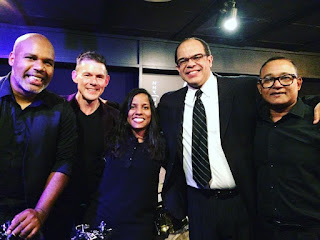 Wil, Bri, Kenyon, Darrel, and Joel were amazing! Including the sax soli on "Homage to Tavito" :-) 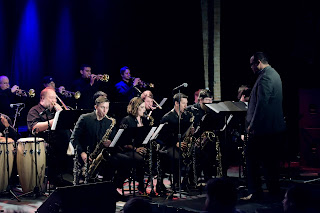 Having Greg Gisbert and Brad Goode on the same stage is like having Michael Jordan and Lebron James on the same team, Wow!!! Miles, Chris, and David were equally great. 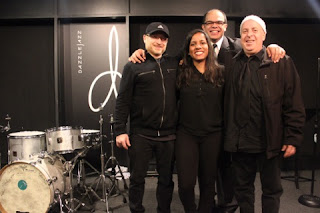 Paul McKee makes playing trombone look so easy! Mike Conrad always brings it! (And yes Mike, I do know your name!! hahaha). It was the first time with Zach and John, it won't be the last!

Dana and Erik, what can I say? Simply great!

It's an honor to share the stage with you guys and to be colleagues at UNC with most of you!

I also had the opportunity of talking to Susan Gatsched and Arturo Gomez at KUVO, the Denver Jazz station. To top it off, at the Dazzle show, we had the privilege of having Arturo as the MC for the night.

Thanks to Michael Schreier for the article he penned for Dazzle and for having us there.

This week, I also had the opportunity to talk to Trish Hennessey on her show Hybrid Jazz. Thanks Trish! It was great talking to you. To listen to the show and my interview (which begins at 1:00:00)

THANKS TO EACH ONE OF THE PEOPLE WHO CAME TO THE SHOWS. YOU MADE IT A GREAT MEMORY!

Hope to see you again soon.

2016 was a very exciting and crazy year! Back Home came out and it was very well-received by jazz fans and critics. The album received very good radio airplay throughout the US and internationally (DR, Peru, Colombia, Australia, UK).

The album won a Gold Medal at the Global Music Awards and it was named on the top 6 at the "Best of 2016" - Category Latin/Brazilian Jazz by Ken Franckling.

I was lucky to share by doing several clinics and concerts with the Socrates Garcia Latin Jazz Orchestra (SGLJO) in the US and the Dominican Republic, including two concerts at the JEN Conference in Louisville, KY, the performance of one piece at the UNC Gala, guest conductor at the Santo Domingo Jazz Festival (Casa de Teatro) with the National Conservatory of Music's Big Band. I also had the honor of recording a one-hour performance/TV special for CERTV (State Corporation of Radio and TV) with the band.


The SGLJO performed at the International Restauración Jazz Festival at the historic Fortaleza Ozama in Dominican Republic. It was great performing an entire show there and having so many great musicians sharing their talent, including the incredible Brad Goode, Ryan Middagh, Ramon Vasquez, and the faculty and students from the Conservatory. Thanks to each one of you. You guys made it a memorable concert for me. Special thanks to professor Javier Vargas for all his help to make this possible and producer Ivan Fernandez for taking us there.


Now getting ready for the JEN Conference in New Orleans (in two days), super exciting! 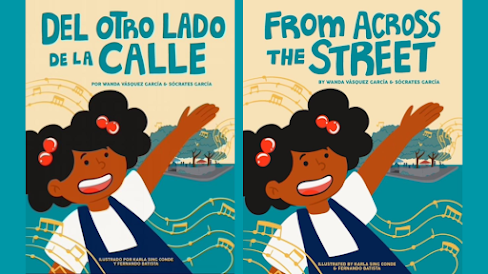